What Is Bipolar Depression

Formerly known as manic depression, bipolar depression or disorder is an illness of the brain causing extreme swings in temperaments, activities, moods, energy levels and thinking patterns. This is not the usual highs and lows in every kind of emotion that we experience every day. These are the same valleys and peaks everyday life, but experienced to a much greater extent over a sustained period of time. The symptoms may begin popping up sparingly, once in a while and then might go on to last for weeks and months. As a consequence of this disorder the victim might experience tremendous difficulties in coping with the situations arising in his/her everyday life, irrespective of the age group that he/she belongs to. Performance at job might be affected seriously, relationships may breakdown, kids might experience disruption in their schooling and social life in general might get hampered as a result of bipolar disorder. 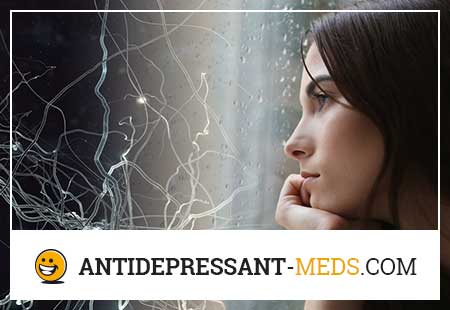 The people affected by bipolar depression experience a condition known as mood episodes. Mood episodes consist of extreme shift in the behavioral patterns of individuals from that which is considered normal. Totally unusual behaviors might be associated with these periods. As already stated above the two different kinds of emotions involve this disorder, the episodes of depression has a totally different set of characteristics in comparison to the features involved in manic episodes.

During the episodes of manic, the person feels very joyful and high, having loads of energy. There is a distinct difference observed with respect to the levels of activity of the individual, which goes up many folds. As a matter of fact the person is so excited and full of energy that when the time for taking a nap comes, they have a lot of trouble falling asleep. The individual takes on a plethora of topics on a random basis and talks extensively about them just at free will. It really doesn't matter whether they have been asked questions about the topic or not. They keep on sharing their experiences and suggestions quickly, randomly and continuously without stopping. From their conversation it becomes crystal clear that the thoughts in their brain are moving too fast indeed. Hindrances and irritation can get to the victims easily during this period. During this period the victims try their hands at doing numerous activities all at the same time, multitasking and feeling absolute restlessness. The tendency of taking up risky ventures increases many folds including spending of money on things recklessly, doing things that they wouldn't do normally while they are stable.

Periods of depression are characterized by feeling of sadness, hopelessness and emptiness. The energy levels, physically as much is emotionally, hit the rock bottom. The individual might feel traumatized at times and as a direct consequence suffer immensely. Sleep patterns are likely to get affected adversely. Due to the string of negative thoughts within the mind while going for sleep at night, the person might have difficulties in falling asleep. There is a circular interdependency that is involved in depression in the way that less sleep causes depression and lack of positivity which in turn affects sleep adversely. Breaking clear off this deadlock scenario is challenging for the victim. They seem to be immersed in their own negative thoughts although in reality something else is taking place in front of them. They seem to be alone and isolated in a world totally different from the reality around them. Positivity fails to touch them and they keep on going back to the negative thoughts time and time again. The most joyful of things fail to excite them. Some other symptoms include total lack of concentration, forgetfulness, tiredness and drastic changes in food patterns for the worse. The culmination of all this negativity comes in the form of thoughts of suicide and death.

A combination of both depressive and manic symptoms is also possible for the person affected by bipolar depression. The episodes constitutes of a mixture of both the highs and lows of Manic and depression. The person might be full of energy and yet feeling sad and miserable. The reverse is also possible when the person might be having all the positivity inside them but lacks the energy and spirit to put those in action. There might also be times when the extremities of swings of mood might not be as much prominent. This is in fact the initial stage of development of bipolar depression. The phase can be termed as hypomania which is a reduced version of mania. A “feel good” factor, sense of positivity and an upsurge of job good thoughts is also present during this phase. On careful observation the patterns can be identified to be associated with bipolar depression. This is the sign that the disorder has started taking a toll on the individual and will take severe forms if left unattended.

It is totally a false statement to say that it is impossible for the people affected by bipolar disorder to get better and improve. There have been multiple cases where bipolar disorders have been cured completely. Treatment and support have made it possible for individuals with bipolar disorder to have successful and healthy life. In those individuals the disorder has been kept in check and not allowed to manifest itself in the outside world. Besides medicine, self-help and therapy also play major roles in keeping the disorder in check before exterminating them. You have to be strict about yourself and not let the feelings get the better of you every time. You have to try and keep your emotions in check and not let them loose and flow all over. Stability and neutrality is the basis of controlling the emotions. Lifestyle and food habits must also be kept healthy and disciplined. Exercise can go in helping you a long way in fighting this. It brings a sense of stability and positivity about yourself and thereby not letting you lose control. 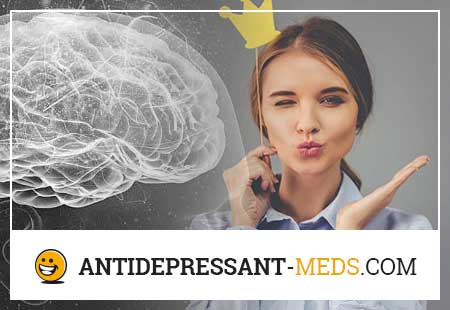 If you detect any symptoms of bipolar depression within yourself, you must first think about the best medical help available for you in your locality. The problem might be in a state of dormancy initially, but once it gets space and playing field, it can affect you seriously, hampering your personal, social and professional life adversely. So as with every problem it is best to nip it in the bud before it gets going. Do not for one second think that hiding the problem or not facing it is going to help you in any way. The good news is if you treat the problem during its inception phase, it has more chances of going away then staying back. Therefore early diagnosis and aggressive treatment forms the basis of recovery from the problem.

Stability and neutrality is the basis of our well being. If you are thinking that you get high as a person and that is a perfectly normal thing as being a part of your persona, then you need to think again. The Highness is not only a sign of anomaly but also has a heavy taxation on the energy levels of the person. As a matter of fact in a typical case of bipolar depression the chapter of mania compliments the chapter of depression. You get high and lose all your energy for a period of time and then go into a depression, feeling low and absolutely devoid of energy. Levels of patience and tolerance among the individuals with bipolar depression come down drastically. As a result of lack of patience, the tendency of getting extreme comes into the person thereby pushing him/her towards performing sudden and baseless actions. So do not give space to your bipolar condition in the name that you are a maniac. Know where you stand when you notice the symptoms and act accordingly without neglecting them.

In psychiatric disorders like these, medicines are not always the total part of the therapy that is able to single handedly cure the disorder. Medicines must be supplemented with other forms of treatment as well. The administration of the medicines must be done with great care and attention towards the condition. Most of the medications involved in curing the disorder have side effects. Self help, counseling, psychiatric treatment along with medication can have a positive impact on the individual and help him fight the condition more effectively. In case of these kinds of disorders that are very subtle, make sure you get the best in the business to help you with your condition. A little disarray, miscommunication or a lack of understanding of your condition can not only delay the progress of your recovery but also push you more into the depths of bipolar depression.

Observing yourself and getting control of your emotions can go a long way in curing you of your ailment. Keep your emotions in check and never let them get the better of you. Always have the central idea in your mind that you are in control of your emotions and not the other way round. The more well informed you are about the symptoms and recovery techniques of bipolar disorder, the better you are in a position to judge and act in your specific case. Study extensively on the researchers performed in the subject and know the patterns that are a sign of things to come.

Loneliness is the breeding ground of bipolar depression. So a person that is affected by the disorder is more likely to spend time in loneliness and separation. Therefore friends and families have a major role to play in this regard as they should help the victim in as many ways as they can. Family and friends can not only provide you support at your worst hours while fighting the disorder but also can counsel you and do what is needed for you at the correct juncture. So never think twice about reaching out to your most trusted friend about having a bipolar condition. Also as a person from an individual perspective, one must not think twice about helping out their poor friends or relatives that are already showing the signs of bipolar disorder. Your timely help and support is all they need to fight off the condition.