Side Effects from Depression Medicines

The history of antidepressants began in 1957, when two drug types – iproniazide and imipramine – improved the mood of depressive patients; although, these drugs were initially conceived for other therapeutic purposes.

In 1964, it was shown that imipramine and other tricyclic antidepressants were able to inhibit the presynaptic reuptake of norepinephrine. A year later, Joseph Schildkraut developed the catecholaminic hypothesis of affective disorders, which highlighted the role of noradrenaline (Nad) in the appearance of depressive disorders.

In 1972, the Copen group in England developed the indolamine hypothesis of depression, and highlighted the role of serotonin (5HT). In the search for safer antidepressants, the development of selective serotonin reuptake inhibitors (SSRIs, fluoxetine, fluvoxamine, paroxetine, citalopram, sertraline) has represented a significant advancement.

More recently, a series of antidepressants has appeared that has improved the profiles of side effects, with greater specificity on the different neurotransmitter systems.

Although, the mechanism of antidepressant action has not yet been made clear, it is known that effective antidepressants interact, immediately, with one or more receptors or enzymes related to monoaminergic neurotransmitters. These immediate actions provide the pharmacological basis for the current classification of the different antidepressants.

According to this classification scheme, there are at least 8 different pharmacological action mechanisms and more than 2 dozens of antidepressants. Most antidepressants block the reuptake of monoamines, but some of them block alpha-2 receptors, and others, the enzyme monoamine oxidase (MAO). Some antidepressants have direct actions only in one neurotransmitter system and others act on several systems. 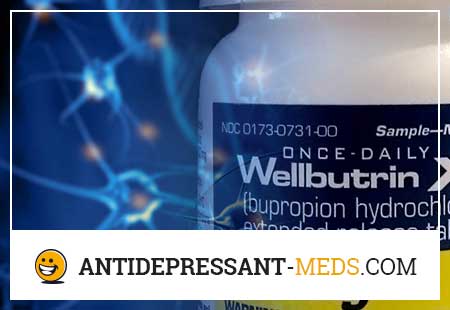 Some of the major side effects of antidepressants

This type of psychoactive drug is one of the most used, but it also entails its dangers and risks, despite its benefits in depression.

Since the discovery of the antidepressant effects of monoamine oxidase inhibitors (MAOIs) and the popularization of tricyclics, great progress has been made in this area of ​​pharmacotherapy. At present, there are medications with a high degree of efficacy and that cause few adverse reactions.

Side effects of depressive medicines

All psychotropic drugs that are effective in treating depressive symptoms are agonists (molecules combine with receptors on a cell and caus production of a physiological reaction) of the monoamines, a group of neurotransmitters. Some enhance the action of noradrenaline, while others are related to a greater extent with serotonin. The dual inhibitors, of recent appearance, are associated with both neurotransmitters.

The side effects of antidepressants are due both to their monoaminergic action and to the idiosyncratic mechanisms of some of them. Although, the five classes of drugs we will talk about cause very varied side effects, we will focus on those that appear most frequently and those that have special clinical relevance.

Confusional disorders, mainly related to the central anticholinergic action, especially in people over 50 years of age or with renal or hepatic insufficiency, are common. The alterations of the conscience can be accompanied by anxiety, agitation, and even with hallucinatory or oniric disorders. A number of factors can favor them: strongly atropine products, interaction with other sedative and/or anticholinergic drugs, as well as substances that slow down the metabolism of antidepressants.

Depressed patients may have fluctuations in heart rate and blood pressure, as a result of autonomic nervous system dysfunctions involving the sympathetic and parasympathetic systems. These cardiovascular dysfunctions can be further aggravated, depending on the pharmacological profile of the drug used, especially by the antidepressants with alphaadrenolytic and anticholinergic action.

These can be seen:

These can be seen:

Due to midriatic and cycloplegic action (blurred vision, difficulty reading) may occur. Patients with glaucoma, especially closed-angle patients, should be monitored.

Recently, different groups of antidepressants which aim to combine greater efficacy with better tolerance have been synthesized. In this sense, the profile of side effects is a factor that, in the face of comparable efficacy, is a determining factor. However, there are few studies in which these side effects are compared, and those that do exist suffer from inaccuracies and methodological failures.

An example of recent antidepressives is Mirtazapine. It is a specific noradrenergic and serotonergic agent (NaSSA). It facilitates the release of Nad and 5HT. It does not cause virtually any anticholinergic adverse reaction, adrenolytic or serotonergic, by its pharmacological profile characteristic.

Its profile of side effects and interactions is quite small. They have been described as hypotension, tachycardia, drowsiness, sedation, headache, agitation, restlessness, nausea, dyspepsia and constipation.

In comparative studies with SSRIs, a comparable tolerance profile was shown, except for the changes in body weight that were statistically more pronounced in the mirtazapine group.

A general profile of the secondary effects of depressive medicines

The side effects of antidepressants, appear in 15% of patients, but only 5% require the suspension of medication. It is necessary to distinguish between drug toxicity and depressive symptoms (asthenia, anxiety, sleep disturbances). The use of infraterapeutic doses of the drug exposes the adverse effects without adequately treating the depression. These effects depend on several factors:

From the classic tricyclic antidepressants and MAOIs, new molecules have appeared that seek to combine a greater antidepressant efficacy with a better tolerance. Although, in the first aspect, the expectations have not been met; a greater tolerance has been achieved.

The central anticholinergic effects can cause memory disorders, sedation and confusion (especially in overdose).

Classic MAOIs are practically out of the market. Moclobemide, like RIMA, is the only one of interest, since it has fewer anticholinergic side effects than tricyclic antidepressants and has no excitatory action on the CNS.

The most frequent adverse effects of SSRIs are gastrointestinal (nausea, vomiting, diarrhea), although they can also produce a CNS excitement picture (insomnia, anxiety, intraquility, tremor, dizziness, headaches); the main vegetative effects are dry mouth and sweating. Among the different antidepressants in the group, the profile of side effects seems more unfavorable for fluvoxamine and more favorable for citalopram.

Mirtazapine may cause sedation, weight gain, and, exceptionally, blood dyscrasias have been described. However, in general, there are no serotonergic side effects, and anticholinergics are lower than those of tricyclic antidepressants.

Nefazodone can cause adverse effects, such as drowsiness, dizziness, dry mouth, nausea, constipation, headache, hypotension and amblyopia but at a lower intensity than SSRIs and tricyclic antidepressants.

Venlafaxine can cause nervousness, insomnia, sweating, nausea, dry mouth, sexual dysfunction and hypertension. However, its side effects are lower than tricyclic antidepressants and similar to SSRIs, with a slightly higher percentage of gastrointestinal effects.