Seasonal affective disorder is a special kind of depression that is related to seasonal patterns. It can be considered as a subset of major depressive disorder that is specific to a particular season of the year. Therefore SAD can be considered as a specifier of major depressive disorder, rather than a lighter version of it. Mostly people are seen experiencing this condition during the winter season. Women are the most affected segment, although it may occur in adolescents and adults irrespective of sexes. Most of the people generally have the experience of seasonal affective disorder with the onset of winter and therefore it is also known as winter disorder. However there are still some people that experience the same with the onset of spring or summer. Therefore when you are feeling depressed in the middle of the cold season, never totally write off the chances of yourself having a case of SAD.

The symptoms of seasonal affective disorder are nearly exactly the same as those of major depressive disorder, only that it is experienced during the winter months. You might feel hopeless, depressed, lacking in energy, changes in the pattern of sleep and appetite, difficulties in concentrating, no interest in the activities that you once used to crave for. You might even feel the urge for committing suicide and have those thoughts circling your brain for the entire day. Some of the more specific symptoms that a person with seasonal affective disorder might face include heavy arms and legs, oversleeping on a frequent basis, weight gain, attraction towards carbohydrates, problems in relationships. There are still other symptoms of SAD like tearfulness, low levels of self esteem, a lowering of the libido for sex drive, anxiousness and stress, a feeling of guilt and despair, a low mood that just refuses to go away and reduced sociability. However in the middle of all this low there may be maniac periods when the individual particularly feels high again characterized by an increased happiness, sociability and forgetful of the depression.

Risks of exposure to SAD

Females are at a much increased risk of getting affected by seasonal affective disorder by four times more than males. Also people having a family background of cases of depression are more likely to develop SAD. Since the disorder is also known as winter disorder, the colder the country you live in, the greater the chances of you acquiring the SAD. From that perspective the further away you are situated from the equator, the greater you are exposed to the risk of developing SAD. The disorder has been observed with the greater occurrence rate among the young generation in comparison to the old one. Children and teenagers have been frequently reported to have the disorder. 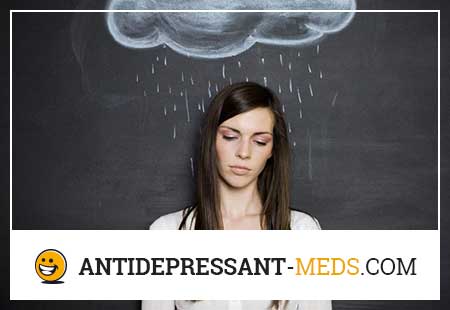 Decide when to visit your doctor

It is not uncommon for just about every individual to have lows in their life due to the circumstances around them at any given point in time. After all, life does not move in straight lines. However be very quick to observe and figure out your helplessness when you feel trapped and enclosed in the world of depression and you are struggling to get out of it. Never be skeptical about evaluating yourself at every single check points in your life. If you have the gut feeling that you are helpless and struggling to get out of your depression all by yourself, reaching out to a professional will never hurt. Things that you must watch out for is whether the same symptoms are repeating itself every single day. Also observe whether you are sleeping patterns are changing, whether the timings of your lunch and dinner have altered or not, whether you have receded socially as a person and whether nothing interest you anymore. If bulk of the symptoms is true then you need immediate help. If you are having suicidal tendencies and frequently reach alcohol to forget the world of depression, then know that you are seasonal affective disorder is at a much more aggravated level.

A number of tests might be prescribed by your psychiatrist like hyperthyroidism, Bipolar disorder, mononucleosis etc. before determining whether you have been affected by seasonal affective disorder. You can also expect a questionnaire session or an interrogation by your psychiatrist before the determination of SAD. One very important point to keep note here is that the depression of SAD is unlikely to be triggered by a serious emotional change that has recently happened in your life like the death of a dear one or the breakup of a romantic relationship with your partner. For seemingly no reason at all the depression gets to you at the break of winter and that's when your doctor knows that you are in contention for SAD.

There is still some ambiguity over the cause of seasonal affective disorder. However the one cause that sticks its neck out as a forerunner as the cause of SAD is there scarcity of sunlight. As a result, it is no surprise that seasonal affective disorder is associated with seasons that experience the least sunlight like winters and autumns. The lack of Sunlight is believed to stop the hypothalamus of the brain from working normally. As a result melatonin is produced extensively inducing sleep. Melatonin levels have been found higher than normal among those individuals that have already been diagnosed with SAD. The mood affecting hormone known as serotonin is produced at low levels. Due to the low levels of serotonin, the individual feels a lowered mood level. A number of functions in the body are directly affected by sunlight levels. Owing to a low level of Sunlight there is a total disruption of the body clock and the sequence and timing of the various activities performed internally by the body.

There is a very vast range of treatments available for seasonal affective disorder. So it's really up to the doctor to decide which kind of treatment is the most suitable for you.

People with aggravated levels of SAD are often recommended to take medication in the form of antidepressants. But even before you do so you must discuss the side effects and shortcomings of using antidepressants in treatment of SAD. The antidepressants may not give results right away and it is very important to have patience. They generally start working in about a couple of weeks from the start. Discuss with your doctor on when you need to turn down the dosage levels of your medicine or stop them all together.

This kind of treatment involves exposing the patient to light from a lamp or a special box. The idea is to bring about same reaction from the body as an exposure to sunlight would. Therefore all the similar Chemicals would be triggered in this case as well which would ultimately bring about a positive vibe from the brain and ultimately uplifting your mood. As simple as the process seems, the best option is to have a round of discussion with your psychiatrist before jumping to the decision. Moreover he can also help you on which product to buy in the market.

This serves as a very important part of the treatment of seasonal affective disorder. The patterns of negativity can be identified by the psychotherapist. By doing that he would be able to counsel you on how to not fall prey to the trap of negative thinking. You as well would need to counsel yourself at times of the day when you are feeling negative. So now you are not without any weapons to fight your Demons all by yourself. The more perfectly you follow his instructions, the better you have the chances of shrugging off your disease.

Positivity can fight off negativity. Under this institution you would also know how to use the positivity therapy over your condition. The psychotherapist is likely to positively charge your emotions by filling your brain with loads of positivity. Once you yourself learn how to use this weapon of positivity, you are sure to feel empowered. Relaxation techniques might be offered by your psychotherapist so that you are able to recover the psychological loss of energy. 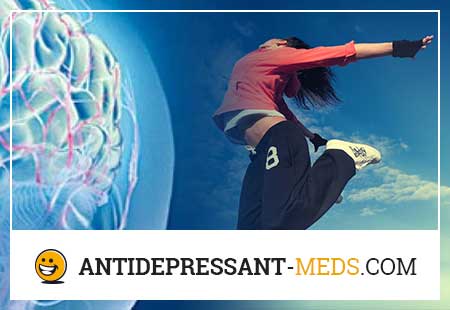 A Healthy lifestyle accompanied by a healthy diet can go a long way in fighting off SAD. Perform loads of physical activity by getting involved in physical exercises, swimming, cycling etc. This would bring about an increment in confidence in you that will keep you in good mood all the time. A healthy diet will also supplement this by making you feel fresh and ready to go all the time. You also must socialize and not stay all by yourself all through the day. Get out and meet some friends and try doing something creative or exciting. You must have good sleep everyday at fixed hours of the day.

You must not neglect the symptoms of seasonal affective disorder. If you are feeling low repeatedly you have more reasons to believe that you have SAD. As with every other disease it is best to fight SAD at the very Inception phase rather than when you have sunk deep into the disease and are helpless about your situation and what to do next. Get some medical help before you have already wielded your control seasonal affective disorder. If the disease is left untreated it can cause serious damage to your persona and lifestyle in the form of social withdrawal, problems at work or school, disorders in the food habits, substance abuse and finally suicidal tendencies.

If you have felt the patterns of seasonal affective disorder last time at the same time of the here, it is very important that you stay cautious and take some preventive measures. Light therapy can never harm you in anyway and therefore this can be started straight away with the onset of winter. Try taking the advantage of the various stress management techniques like meditation, regular exercises etc. Increase levels of light at your home and try to spend a good amount of time outside of your home. A visit to more equatorial climate with the onset of winter can never harm you in preventing SAD from coming back again this year.

If you have enough time at your hands, you can also decide to join a study of new techniques of detection, treatment and prevention of seasonal affective disorder. In this way you would always stay empowered and immune to the disorder as you can counsel yourself at times when you feel you are observing similar patterns of depression. This would also go a long way in helping others in your family or neighborhood or among your associations to be well informed on SAD. Spreading knowledge and awareness is the best way to prevent people from falling prey to the disorder in the long term.