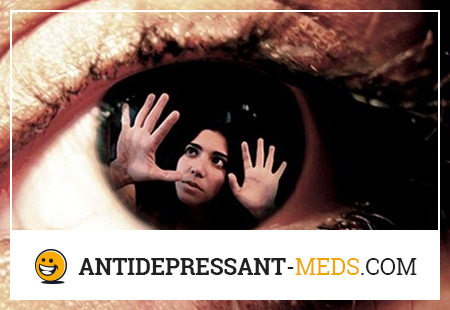 What are Specific (Isolated) Phobias?

Specific (isolated) phobias are the fear of a particular object or action. Phobias apply to a wide variety of situations, such as being near some animals, altitude, thunderstorm, darkness, flying on airplanes, closed spaces, urinating or defecating in public toilets, eating certain foods, treating with a dentist, type of blood or damage and fear of being exposed to certain diseases. Despite the fact that the starting situation is isolated, getting into it can cause a panic as in agoraphobia or social phobia. The severity of the disorder resulting from decreased productivity depends on how easily the subject can avoid the phobic situation. Fear of phobic objects does not reveal a tendency to fluctuations in intensity, as opposed to agoraphobia. Common objects of disease phobias are radiation sickness, sexually transmitted infections and, more recently, AIDS.

Fear is associated with a specific object that was the cause of real danger in the past. It is likely that behind the symbols of the object of fear in children stands one of those close people, for example, father or mother.

Specific phobias usually appear in childhood or young adulthood and, if left untreated, can persist for decades.

Phobias are noted in the clinic, limited to strictly defined situations and not arising outside of them. These include: fear of animals (usually dogs), altitude, confined spaces, exams, thunderstorms, darkness, flying on airplanes, urinating and defecating in public toilets, eating certain foods, treating a dentist, looking for blood or damage, fear of getting a certain disease fear of driving vehicles. Objects of fear sometimes appear in dreams, are avoided. At the time of fear, a vegetative reaction is also noted.

For a reliable diagnosis, all of the following criteria must be met:

Differential diagnosis. It is usually found that other psychopathological symptoms are absent, unlike agoraphobia and social phobias. Phobias of blood type and damage differ from the others in that they lead to bradycardia and sometimes syncopation, and not to tachycardia. Fears of certain diseases, such as cancer, heart disease or sexually transmitted diseases, should be classified under the heading “hypochondriacal disorder”, unless they are related to specific situations in which the disease can be acquired. If the belief in the presence of the disease reaches the intensity of delirium, the heading “delusional disorder” is used. Patients who are convinced that they have a violation or deformity of a certain part of the body (often facial) that are not objectively noticed by others (which is sometimes defined as dysmorphophobia) should be classified under the heading “hypochondria disorder” or “delusional disorder”, depending on the strength and the perseverance of their conviction.