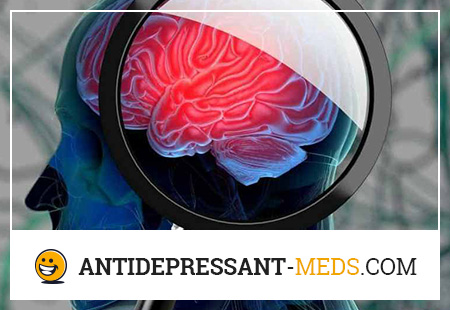 What is Vascular Dementia?

Dementia is a syndrome of chronic or progressive brain disease in which higher cortical functions are impaired, including memory, thinking, orientation, understanding, counting, learning ability, language and judgment. Consciousness is not clouded. Symptoms are present for at least 6 months, although a more progressive onset of dementia is possible. Long-term medications, vitamin B12 and B6 deficiency, metabolic imbalance due to kidney and liver diseases, as well as endocrine pathology, vascular pathology, depression, infections, head injuries, alcoholism, and tumors contribute to dementia. In the diagnosis of dementia, additional symptoms are also noted, such as delirium, hallucinations, depression.

The main etiological factors include cerebral arteriosclerosis, hypertension, vasculitis, thromboembolism with endocarditis, rheumatism and endoarteritis, blood diseases. The localization of the primary lesion, especially often in middle age, is due to congenital arteriovenous malformation. Foci are determined neurologically by EEG, CT, and NMR. They occur in the cortex, subcortical structures, and brain stem. Usually neurological symptoms occur simultaneously with psychopathological, but sometimes psychopathological disorders with transient (during the day) cerebrovascular disorders are ahead of the neurological picture. Typically, the formation of new foci is perifocal or in the opposite hemisphere. Around each of the foci there is a region of circulatory disorders so that in reality the area of ​​the focus is always wider than the lesion locus. There is a genetic predisposition to vascular dementia. Hyperlipidemia and diabetes contribute to it. Vascular dementia can accompany cardiocerebral syndromes in hypoxic conditions as a result of, for example, acute cardiac arrest or myocardial infarction.

Prevalence
It was previously assumed that vascular (atherosclerotic) dementia is more common than atrophic, but currently, being verified, they cover up to 15% of patients with dementia. The ratio of men and women is approximately the same, but up to 65 years of age, vascular dementia is more common in men. At a young age, the cause of dementia is either thromboembolism or malformation.

The initial symptoms of vascular dementia are symptoms of somatic diseases that led to it, for example, hypertension. Neurologists attribute these symptoms to discirculatory encephalopathy. These are also symptoms of cerebral disorders: headaches, nausea, dizziness, fainting, emotional lability, rapid asthenia and meteotropy.

In vascular dementia with acute onset following a stroke (heart attack) of the brain with neurological symptoms depending on the locality of the lesion and the stage of acute disorders of consciousness, an amnestic period with emotional lability develops. In case of right-hemispheric lesions, abnormalities of the body scheme are noted, epileptic seizures are characteristic for lesions of the left temporal lobe, and aphatic disorders are characteristic for lesions of the anteroposterior and anterior temporal parts of the left hemisphere. After the consolidation of consciousness, these disorders are replaced by growing disorders of long-term and short-term memory. A defect in cognitive function may be partially compensated, but signs of dementia remain persistent for the next three months.

With multi-infarction dementia, etiologies develop strokes or heart attacks sequentially, however, the symptomatology may look like consecutive dynamic disorders of cerebral circulation. Moreover, only after a few of them it is possible to identify distinct neurological symptoms – each subsequent heart attack leads to a cognitive scar and an increasing defect. The degree of deficiency and symptoms depend on the localization of new foci. The cause is often cerebral arteriosclerosis. Memory varies according to Ribot’s law from the amnesia of the events of the recent past to the events of the deeper past. Gradually, it seems that patients are plunged into an increasingly distant past with regressive habits and stereotypes of behavior. Faintness or irritability occurs.

It develops after a series of strokes or cerebrovascular thrombosis, embolism or hemorrhage. After a vascular catastrophe, depending on the locality of the focus, aphasia (amnestic, sensory, motor), apraxia, acalculia, agraphia, agnosia and / or emotional disturbances (dysphoria, emotional instability) are detected. In the evening, episodes of vascular delirium are possible.

A gradual start following several ischemic episodes that create an accumulation of heart attacks in the cerebral parenchyma. In a neurological clinic, symptoms of oral automatism, violent laughter and crying, quiet and difficult speech, bilateral pyramidal signs, akinetic-rigid syndrome, increased muscle tone in a plastic type, tremor at rest are of varying severity. Trophic disorders in the distal extremities, urinary and fecal incontinence, paroxysmal conditions in the form of tonic-clonic seizures and syncopes are noted.

The disease is characterized by general symptoms of dementia, a history of frequent hypertension. Data from a clinical examination and special studies indicate ischemic dysfunction in the deep structures of the white matter of the cerebral hemispheres while the cortex is intact. The clinical picture varies according to the “vascular type”.

Corresponds to Binswanger’s disease. The duration of the disease is up to 20 years, age from 45 to 70 years. Subcortical syndrome is characteristic in the form of a parkinsonian gait, shakiness, bradykinesia, an increase in muscle tone by the plastic type, tremor. Dysarthria and bilateral pyramidal signs, increased tendon and periosteal reflexes. Accelerated Involution. Intellectual-mnestic disorders are nonspecific, often there is a decrease in memory from the present to the past.

The combination of cortical and subcortical components of vascular dementia is established on the basis of the clinical picture, examination results (including autopsy).

The relationship of cognitive deficiency with a specific vascular catastrophe, fluctuations in deficit in the presence of symptoms of focal neurological pathology make it possible to diagnose vascular dementia.

Diagnostic criteria for vascular dementia include common signs of dementia, intermittent cognitive impairment, acute onset, and / or step progression. It is important that there are neurological signs and symptoms indicating the lesion, as well as concomitant symptoms in the form of hypertension, carotid noise, emotional lability, transient episodes of dull consciousness. Options for vascular dementia are acute-onset dementia, multi-infarct dementia, and subcortical (subcortical) dementia.

Differential diagnosis
Vascular dementia should be differentiated from dementia as a result of brain tumors, Alzheimer’s disease. A brain tumor is accompanied by a longer period of cerebral disorders, however, with metastasis, such as a lung tumor in the brain, it is difficult to distinguish a combination of two disorders (tumor and stroke) from metastasis; the only help in the first stage before an objective study can be a medical history. Alzheimer’s disease at the stage of amnestic disorders is not accompanied by such vivid neurological disorders as vascular dementia, they appear later. However, sometimes acute dynamic disturbances of cerebral circulation in the left hemisphere can lead to amnestic disorientation. Differentiation is carried out on the basis of rheoencephalography, electroencephalography, CT.

It includes the treatment of the main vascular disorder, usually with the use of anticoagulants, vasodilators, angioprotectors, other somatic diseases that led to vascular pathology, as well as the fight against cognitive deficiency through intensive training, the use of vitamins and nootropics. The danger of using some protectors is that they cause a robbery syndrome, in which cognitive deficit decreases, but at the cost of new psychopathological disorders (epileptic seizures, delirium). These phenomena are associated with the fact that the vascular problems of the focus are solved at the cost of the emergence of new dynamic disorders as a result of excessive expansion of blood vessels in previously compensated areas. With high convulsive readiness, nootropic therapy should be only medium doses, mainly picamilon and pantogam, although even in the acute period of a stroke, neurologists recommend very high doses of nootropics, for example, up to 10.0 intravenous cerebrolysin. Sensitivity to antipsychotics and tranquilizers in vascular dementia is increased, therefore, their doses in case of development of psychosis should be minimal. With vascular delirium, tranquilizers, lithium oxybutyrate are recommended.