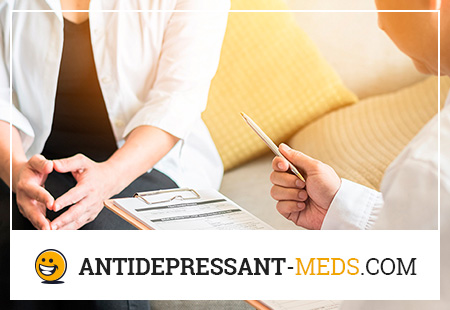 Somatoform autonomic nervous system dysfunction is a group of disorders manifested by symptoms of damage to internal organs or organ systems, but without an objectively recorded basis. Complaints are presented to patients in such a way as if they were caused by a physical disorder of that system or organ, which is mainly or completely influenced by the autonomic nervous system, i.e. cardiovascular, gastrointestinal or respiratory system. Partially, the urogenital system is also included. The most frequent and striking examples relate to the cardiovascular system (“heart neurosis”), the respiratory system (psychogenic shortness of breath and hiccups) and the gastrointestinal system (“stomach neurosis” and “nerve diarrhea”). Symptoms are usually of two types, none of which indicate a physical disorder of the affected organ or system. The first type of symptoms, which diagnostics are largely based on, is characterized by complaints that reflect objective signs of autonomic arousal, such as palpitations, sweating, redness, and tremors. The second type is characterized by more idiosyncratic, subjective and nonspecific symptoms, such as feelings of fleeting pains, burning, heaviness, tension, sensations of bloating or stretching. Patients attribute these complaints to a specific organ or system (which may include autonomic symptoms). The characteristic clinical picture consists of a distinct involvement of the autonomic nervous system, additional nonspecific subjective complaints and the patient’s constant references to a specific organ or system as the cause of his disorder.

Many patients with this disorder have indications of psychological stress or difficulties and problems that appear to be related to the disorder. Nevertheless, in a significant part of patients who meet the criteria for this disorder, aggravating psychological factors are not detected. In some cases, minor disturbances in physiological functions, such as hiccups, flatulence and shortness of breath, are possible, but by themselves they do not violate the basic physiological functioning of the corresponding organ or system.

Depending on the nature of specific complaints, the following variants of somatoform vegetative dysfunction are distinguished:

One of the most frequent in the structure of the somatoform autonomic dysfunction of the cardiovascular system is cardialgic syndrome, which is characterized by polymorphism and variability, the absence of clear irradiation, the appearance of peace on the background of emotional stress, lasting hours or days, physical activity does not provoke, but alleviates pain. Often cardialgia is accompanied by anxiety, patients do not find their place, moan and groan. The feeling of a heartbeat with this type of disorder is only in half the cases accompanied by an increased heart rate of 110 – 120 beats per minute, amplified at rest, especially when lying down. An unstable increase in pressure to 150-160 / 90-95 mm Hg, which appears against the background of stress, can also occur with somatoform disorders. It is characteristic that in treatment, tranquilizers have greater effectiveness compared to antihypertensive drugs.

The structure of somatoform autonomic dysfunction of the gastrointestinal tract includes dysphagia, which occurs against the background of acute psychotrauma, accompanied by pain in the sternum. Its peculiarity is that as a result of a functional spasm of the esophagus, it is usually easier to swallow solid food than liquid. Gastralgia is characterized by instability and lack of connection with food intake. Aerophagy is also characteristic of somatoform disorders, accompanied by a feeling of tightness in the chest and frequent burping of air, and hiccups, which usually appear in a public place and resemble the cry of a rooster. With somatoform vegetative dysfunction of the respiratory system, there are feelings of incomplete inspiration, shortness of breath against stressful situations, often in a confined space, disappearing during sleep. Also noteworthy is the absence of signs of pulmonary heart failure even with a long course of the disease and the mismatch between complaints and often normal pneumotachometry. In addition, laryngospasm and choking are common. Their subsequent attacks are provoked by traumatic situations. A urologist can take as a sign of a disease of the genitourinary system pollakiuria observed during somatoform autonomic dysfunction, which occurs only when it is not possible to use the toilet, or psychogenic urinary retention (“urinary stuttering”), which occurs in the presence of strangers. In this case, the data of laboratory tests of urine and instrumental examination will be within normal limits. Patients with somatoform vegetative dysfunction often come to rheumatologists due to the presence of prolonged subfebrile condition and hyperpathy in the limbs. However, these symptoms are not persistent, volatile, are provoked by stressful situations and in no way depend on physical activity and weather conditions.

Somatoform dysfunction of the autonomic nervous system is usually manifested by a combination of:

For a reliable diagnosis, all of the following symptoms are required:

Differential diagnosis. Differentiation from generalized anxiety disorder is based on the predominance of the psychological components of autonomic arousal in generalized anxiety disorder, such as fear and anxious forebodings, and the absence of a constant attribution of other symptoms to a specific organ or system. Autonomic symptoms can also occur with somatized disorders, but compared with a number of other sensations, they do not have either severity or constancy and also are not attributed all the time to one organ or system.

The main role in the treatment belongs to psychotherapy. Pharmacotherapy aims to create the possibilities of psychotherapy and is carried out to correct the associated symptoms. The choice of drugs in each case is determined by the characteristics of the symptoms and associated manifestations. The following groups of drugs are used for pharmacotherapy: first-choice drugs are antidepressants (tricyclic and SSRI groups); second-choice drugs are beta-blockers and normotimics; at the initial stages of treatment, a combination of an antidepressant with benzodiazepine is possible; antipsychotics with a sedative effect are also used as reserve drugs with severe anxiety that cannot be stopped with benzodiazepines. In addition, the therapy of somatoform disorders must be supplemented with vasoactive, nootropic drugs and vegetative stabilizers.