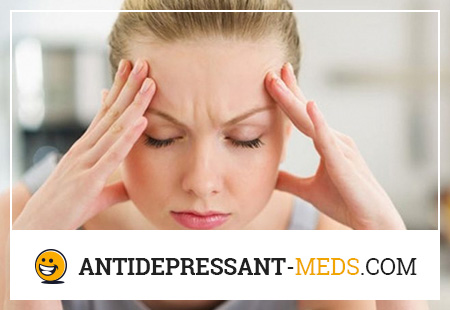 What is Chronic Somatoform Pain Disorder?

Chronic somatoform pain disorder is a type of somatoform disorder in which the main complaint is constant, severe and mentally depressing pain in any area of ​​the body that lasts more than 6 months and cannot be fully explained by a physiological process or somatic disorder. It appears in combination with emotional conflict or psychosocial problems, which can be regarded as the main cause. The result is usually a distinct increase in support and attention from individuals or doctors.

It should be noted: in some cases, the state of persistent somatoform pain is accompanied by an overvalued desire to overcome pathological bodily sensations due to the development of our own treatment methods, which are distinguished by pretentiousness and brutality, and in severe cases it can cause autoaggression of varying degrees (“limited (circumscripta) hypochondria”).

Among the causes of chronic somatoform pain disorder are more often psychodynamic, pain manifests itself as a way to achieve love, avoid punishment and atone for guilt, a way to manipulate loved ones. Therefore, the secondary benefit of this symptom is important. The presentation of pain can also be a way of holding an object of love near you or a kind of fixed reflex after a long period of somatic or neurological pain. In the etiology of pain, central mechanisms related to the level of endorphins are important.

The onset is usually sudden with an increase in intensity within weeks to months. A characteristic feature of this pain is its strength, constancy, inability to stop with conventional analgesics.

Constant, severe and mentally depressing pain, which cannot be completely explained by the physiological process and which appears in combination with emotional conflict or psychosocial problems, regarded as the main cause. These are headaches, pains in the back, sternum, neck. The pain often does not correspond to the innervation zones, but sometimes it resembles pain symptoms in a known disease, for example, neuritis of the femoral nerve. The result of the manifestation of pain is a clear increase in support from relatives or doctors.

Common symptoms of this disorder are:

Pain often appears in conjunction with emotional conflict or psychosocial problems, regarded as the main cause. As a rule, there are headaches, back pain, sternum, neck.

Differential diagnosis. Psychogenic pain is difficult to distinguish from organic due to the fact that psychogenic mechanisms can support organic pain. However, they, unlike organic pains, are more variable and a little susceptible to the influence of analgesics, although they are sensitive to antidepressants.

The most difficult thing is to differentiate somatoform disorder from some somatic diseases, such as multiple sclerosis, systemic lupus erythematosus, etc., starting with non-specific, transient manifestations. Here, the doctor must select from the set of clinical symptoms those that are characteristic of the listed diseases. So, multiple sclerosis often begins with transient motor, sensory (paresthesia) and visual disturbances. Hyperparathyroidism can occur with osteoporosis (loosening and tooth loss), and systemic lupus erythematosus often begins with polyarthritis, to which polyserositis gradually attaches.

Most often it is necessary to differentiate this disorder from the hysterical processing of organic pain. Patients with pain of organic origin who do not yet have a definite somatic diagnosis can easily become shy or offended, which in turn leads to the formation of attention-oriented behavior. Various pains are very common with somatized disorder, but they do not stand out in their strength and constancy from other complaints.